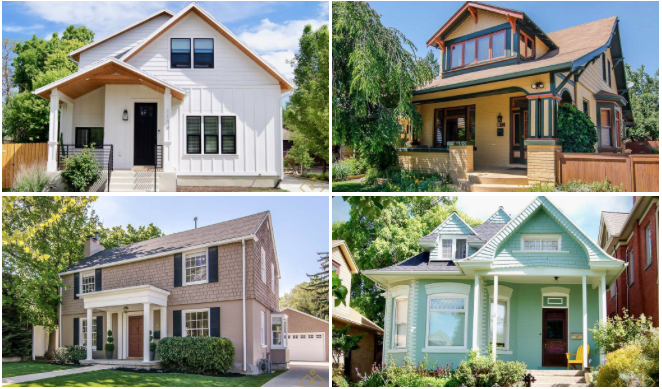 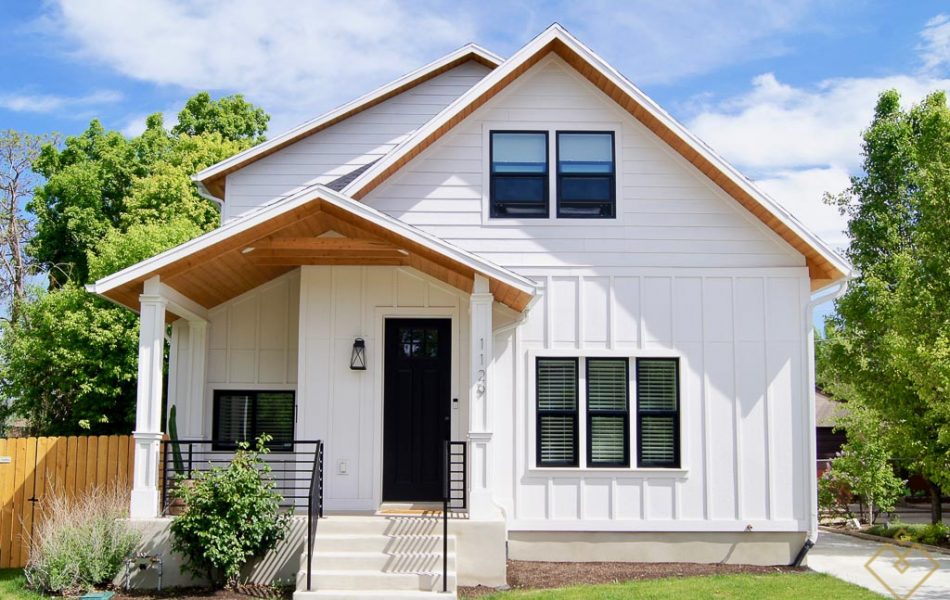 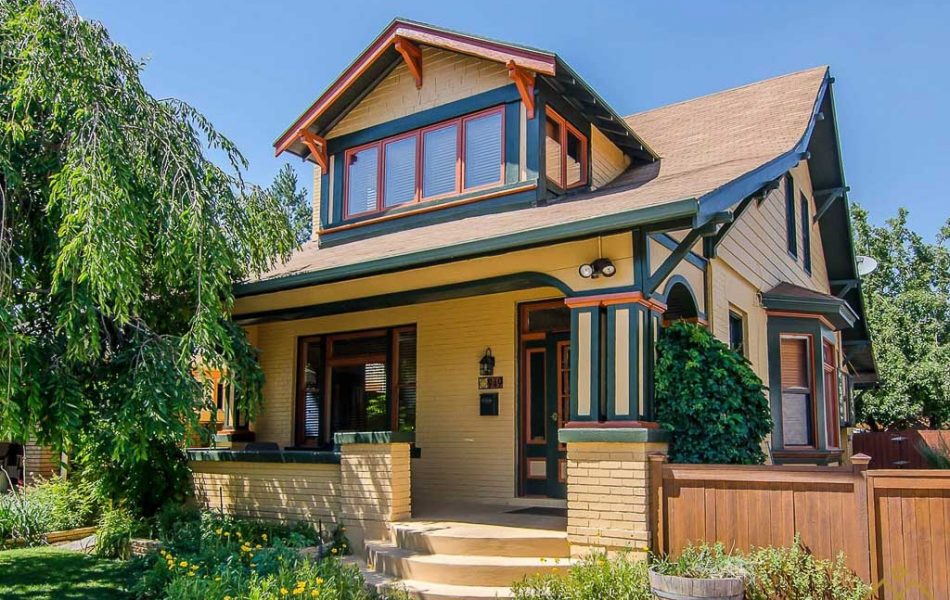 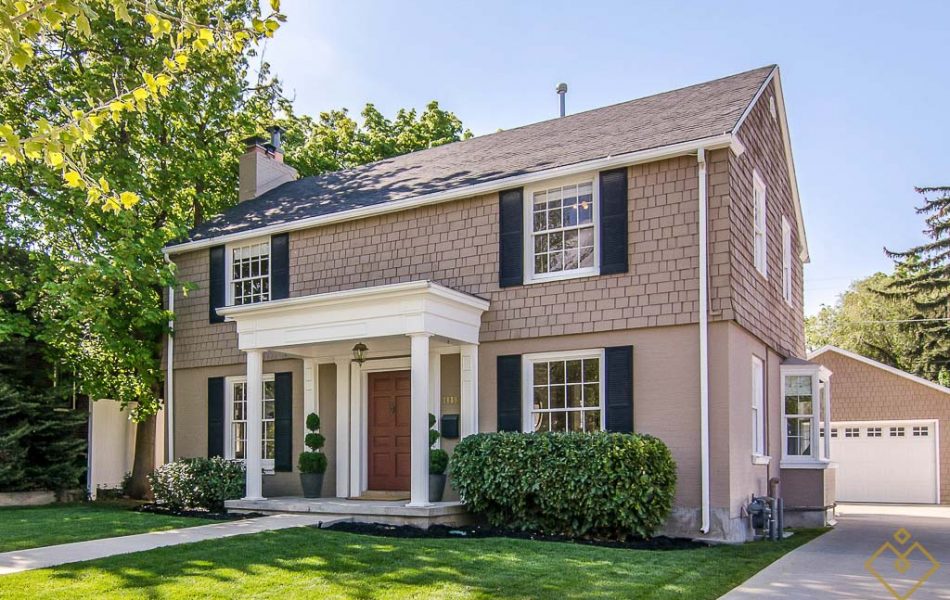 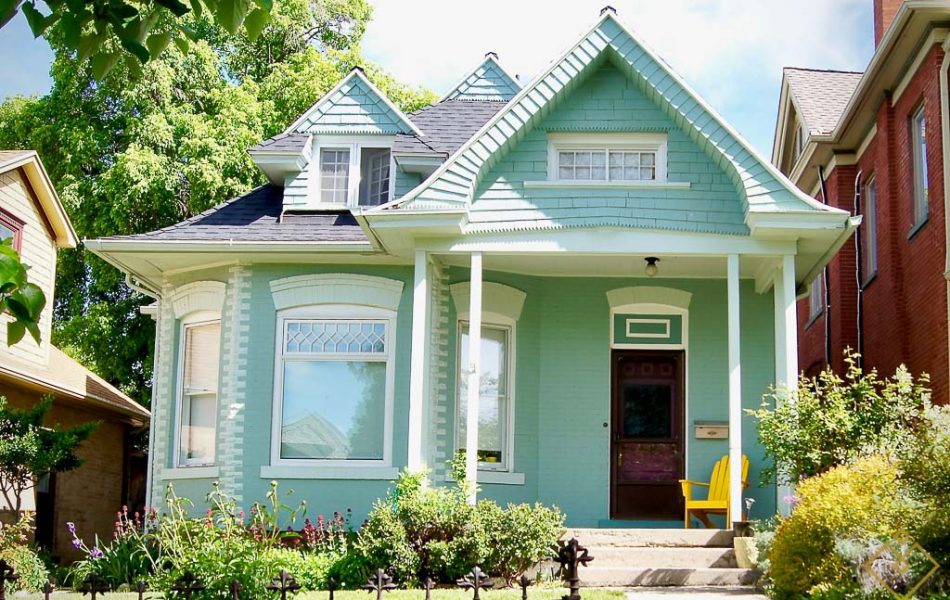 The diverse architectural styles of Salt Lake City neighborhoods is an unexpected favorite part of my new hometown. Honoring a home’s architectural integrity is an integral part of my design philosophy. And, knowing your home’s style plays a significant role in creating a timeless interior. This rule especially applies when a home is historic. Salt Lake City is known for its very active preservation group, Preservation Utah, and tax incentives for maintaining homes on the historic registrar. This commitment to preserving the past gives our neighborhoods strong identities and our streets movie-quality charm.

When starting a home search, or a remodel, understanding what styles appeals to you can be a great first step. This blog is a sort-of cheat sheet with some of the most common Salt Lake home architectural styles. Each style highlighted below includes the neighborhoods where you are most likely to find them across the valley. You can also take a look at my Pinterest board with additional photos Salt Lake home architectural styles. Find me on Pinterest www.pinterest.com/kayleydanielson . Do you have a favorite style? I could probably be happy in any of them with the right touches.

The Bungalow is known for its squarish design and horizontal elements. Typically, a bungalow is a single story structure with an upper room or attic under a gently pitched roof. Bungalows make efficient use of interior space and typically have small closets and built-in cabinets and shelves.  Interestingly, architects came to Salt Lake City from Chicago specializing in this design style in the early 1900s when the city’s population was growing rapidly. As a result, Salt Lake City has a large number of bungalows in the Craftsman, Californian, Prairie and Tudor Revival Styles (additional information on this common style below).

You can find examples of Bungalows around the 9th and 9th, Yalecrest and Sugarhouse neighborhoods.

A Tudor home models after rustic medieval cottages and country houses with its heyday spanning between 1910 and 1955. Most commonly, they have steeply pitched roofs, half-timbering, tall mullioned windows, high chimneys and jettied (overhanging) first floors.

Examples of Tudor homes can be found in Yalecrest, 9th and 9th (Central City), Holladay and The Avenues.

Colonial-style architecture can vary dramatically by region and probably merits an entire blog post on its attributes and nuances. In Salt Lake City, you will find English, French Colonial, Spanish Colonial, Georgian, and Cape Cod. The most common colonial Salt Lake home architectural style is the Georgian. Building materials for these colonials include brick, with wood trim and wooden columns painted white.

Colonial styling can be found all over the city including in Federal Heights, The Avenues, 9th and 9th, Yalecrest, Holladay and Millcreek.

Salt Lake’s Victorian homes, typically built between 1880 and 1910, often include towers and turrets that point to the sky. They are asymmetrical with irregular lines, curves and angles. Painted Ladies, a particular type of Victorian style made popular in San Francisco, have interesting and colorful exterior paint color schemes.

Take a walk down almost any street in the Lower Avenues to see exceptional examples of renovated Victorian homes and Painted Ladies.

Salt Lake’s Mid-Century architecture, also referred to as Post-War Modern, dates between 1949 and 1970. During this period, houses became pared down rather than having lots of historic-based details. These homes are a response to the tightly confined WWII area cottages and bungalows.

Mid Century homes, sometimes referred to as ramblers, have single-story, elongated floor plans. Many ranch houses have attached garages (a big perk for a snowy winter) and sliding doors leading to all-weather patios. Recently, maintaining mid-century details and color palettes has become popular. People have updated these homes but maintained their retro vibe.

You are more likely to find ranch homes with more traditional styling in the Country Club, Upper Yalecrest, Millcreek, and Holladay neighborhoods.

Contemporary architecture refers to “the style of the moment” architecture. To clarify, this style is not to be confused with modern architecture, which specifically refers to homes built between the early 1900s and the 1950s. This can be difficult to differentiate, but I see two consistent contemporary Salt Lake home architectural styles.

One popular “style of the moment” is a take on the farmhouse à la Joanna Gaines. These homes are usually white board and batten with contrasting black windows. Farmhouses commonly have porches and metal roofs or a mixture of metal and shingle roofs.

A second prominent Salt Lake home architectural style is what I am calling “Contemporary Minimalist.” These homes have modernist styling and often use contrasting, regional materials that reflect the Sale Lake climate and seasonality. The floor plans are wide open with a focus on expansive, often floor-to-ceiling, windows.