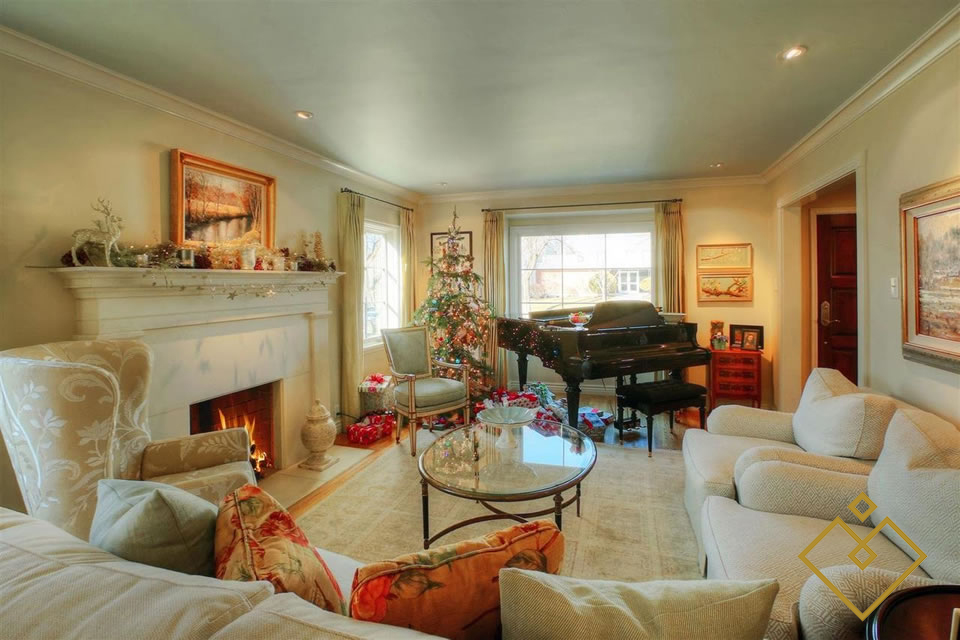 Look for Keven and Susan Rowe the day after Halloween and you will find them in the Uintah mountains, braving the weather, tailgating with family and friends and waiting for their annual Christmas tree permit. This is the grand start to what is a fun-filled, tradition-laden holiday season for the Rowes, their children and grandchildren.

Susan jokingly quips, “A routine becomes a tradition when you try to stop it.” An apt truism from someone who has done a thorough job of nipping ordinary routine in the bud in favor of lively tradition—traditions, in this case, such as Christmas Eve Bowling and the self-titled,Fantasy Feast.

Their Christmas Eve bowling tradition was born out of an Eve where Susan’s young children and husband were driving her crazy. “I told them they just needed to get out,” she laughs, “So Keven took them bowling and when they came back they told me, ‘We’ve found our new favorite thing!’“Now,” she says, “Twenty some-odd years later, we’re still bowling on Christmas Eve.”  And not just bowling, but ugly-sweater, antler-wearing, junk-food pounding, loud, tacky, crazy, family-fun bowling. A bowling game that wouldn’t be missed by her daughter’s family who flies in from Arkansas or her other children who drive in from around the state.

Fantasy Feast, on the other hand, has no specific origin except at some point someone suggested they should be able to eat whatever they want for Christmas Eve dinner. Now after bowling, the Rowe clan returns to Keven and Susan’s home where each member of the family (including grandchildren) brings their favorite food to share.

“One year,” she good-naturedly admits, “We had no meat or vegetables—or maybe one vegetable— the frozen, reheated green beans my daughter brings every year.”

“We usually have a lot of donuts, chips, guac, and rolls; there’s really no rhyme or reason to it. And we serve it on our heirloom china, with Grandma’s silver and her best goblets. We light all the fancy candlesticks and eat by candlelight. If you saw us from the street you’d think, ‘Wow, they are having a king’s feast!’ They have no idea we are eating popcorn shrimp and donuts!”

In hindsight, it is easy to see how the Rowe’s holiday routines naturally evolved over the years. They are consistent with the family’s delightful and creative personality; they break with tradition while keeping the essence of it—spending quality time with family. While they thought they were just living, they were creating something greater than themselves.

This same approach to tradition, keeping the essence of quality while making it your own, is evident in the interior of the Rowe’s classic Herbert Avenue home. Over the years the Rowe’s have taken routine design and elevated it with timeless materials and as Susan calls it, “our own sentimentality.”

Much of this has been aided by Susan’s occupation; she is the administrator at Doran Taylor. “I see a lot of beautiful things come through our doors,” she admits, “and over the years I have put things aside for later, or made mental notes of what I like or want in my home.”

Susan’s slow, discriminate approach to decorating a home has shaped an atmosphere of warmth and delight wherever you look. Whimsical birds fly in motifs throughout the house—in paintings, wallpaper, candlesticks, decorative bowls and vases. “It reminds me,” she says, “that birds, like children, fly away, but they always return home.”

“Every piece in our home, every ornament on the tree,” she explains, “tells a story from a time in our family’s lives. When I walk through my home, when I look at my tree I am reminded of our memories together.”

Susan is particularly fond of the traces of felt, ribbon, and small handcrafted treasures nestled between fine art and family photos in her home. Susan is an avid quilter and crafter and her two daughters have followed in that tradition. “I like to think that as the kids go about creating their own traditions, they do it by threading original traditions through their own.”

“For example, my mother made felt stockings for us growing up. I borrowed her sequins and beads and integrated them into some stockings for Allisen’s family; Allisen then took some of the leftover felt I had and used it to make some of her product for her @goldenafternoonmade on Etsy. A few things then ended up in Jennifer’s first home on her very first mantle this year.”(see picture below)

“So we all have a piece of each other, and our traditions, with us in different and fresh iterations.”