Utah’s Liquor Laws: The ABCs of the DABC

By Marie JefferiesDecember 8, 2021March 18th, 2022Elephant in the City, Living Along The Wasatch Front
No Comments 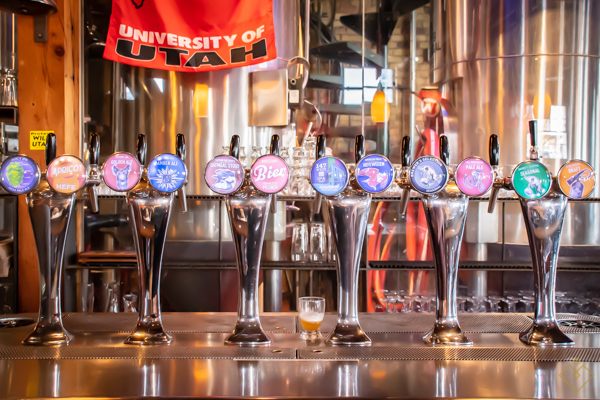 Have you ever visited a grocery store in another state and marveled at their liquor aisle? Do you know the disappointment of finding you’re out of wine hours before Sunday dinner? Or maybe you daydream about being able to order from BEVMO, purchasing Prosecco from Costco, or grabbing a bottle of Two Buck Chuck from Trader Joe’s. These are common side effects of living in Utah.

The liquor laws in Utah are admittedly stringent. The legal limit for blood alcohol content (BAC) is the lowest in the nation at .05%. There are very specific regulations on when, where, and how much alcohol can be purchased, which will be covered later in this article.

But Utah is not the only teetotaling state in the nation. Our friends in Pennsylvania report that liquor laws are as tight as in Utah. Many Southern states have dry counties, meaning the government forbids the sale of any kind of alcoholic beverage. Packaged drinks cannot be sold after 10pm in New Jersey and beer is not sold in grocery stores there.

Additionally, Utah’s laws have loosened over the past few decades, particularly since hosting the Olympics in 2002. Private club memberships are thankfully a thing of the past. As of November 2019, grocery stores and convenience stores are able to sell beer with up to 5% alcohol by volume (ABV). The notorious Zion Curtain, a partition to shield bartenders’ work from innocent eyes, was removed from restaurants in 2017.

Here are some of the current, most talked about, and hard to remember rules for imbibing in Utah. Or like we call it, the ABCs of the DABC.

The Specifics for Restaurants and Bars

The Specifics for Beer

Now, who’s ready for a drink?

Sure, there are additional hurdles on the way to enjoying a cocktail in the Beehive State. But where there’s a will, and some advance planning, there’s a way. Read our article Getting into the Holiday Spirit(s) for recommendations on where to get a drink or where to find the ingredients to make your own. Cheers!

Niche Homes is a full-service real estate agency specializing in Wasatch Front neighborhoods and enclaves. Contact us if you are interested in buying or selling a home.