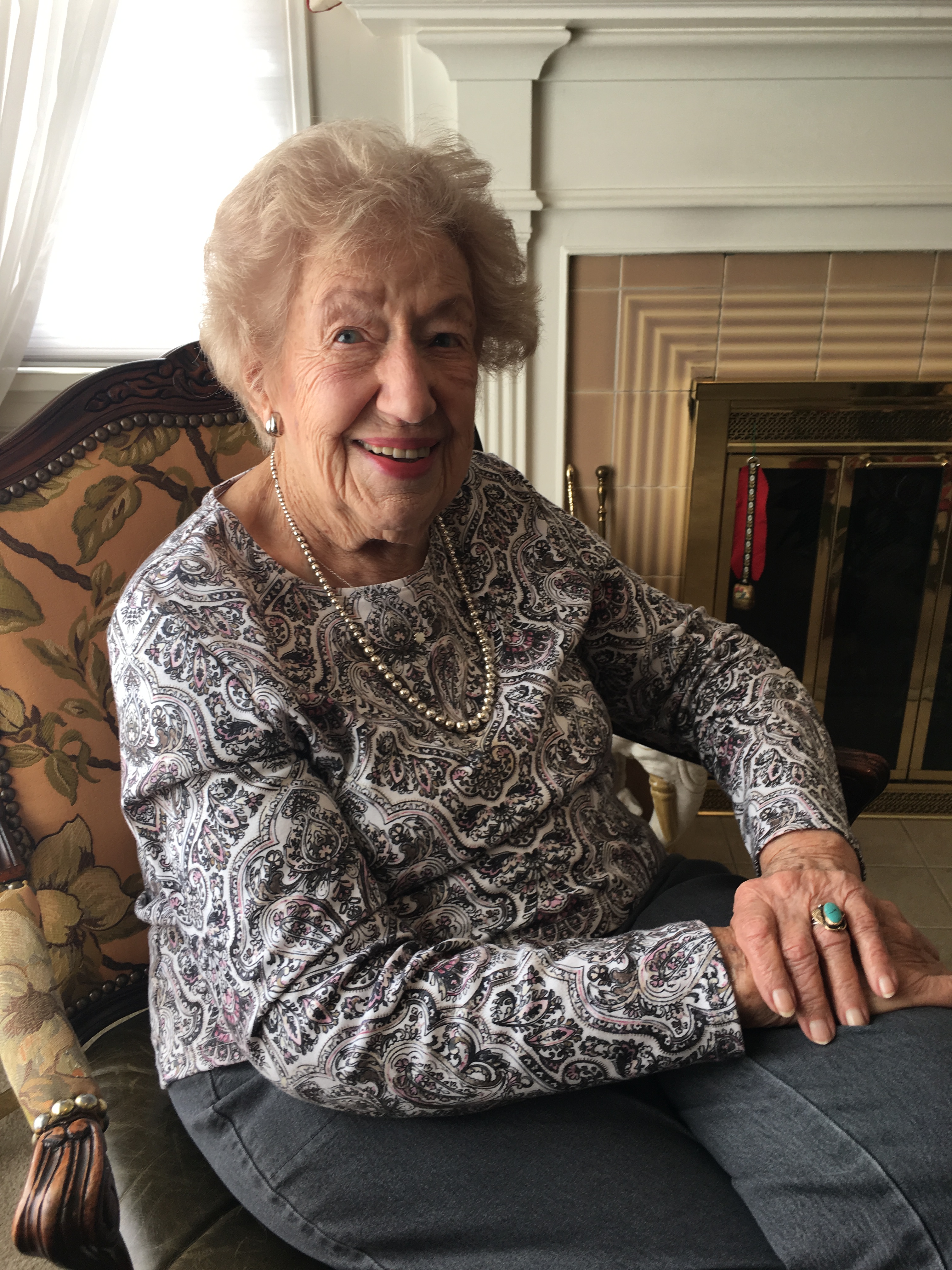 Secrets to a Happy Life

You have to want to have a happy life

Be a friend—everyone needs a good friend or two

Don’t be too busy

Avoid stress at all costs

Learn to solve your own problems (you’ll be stronger for the next one!)

I’ve lived through the Great Depression, WWII, a house fire, a divorce, and bills—just move on and let go!

The city of Devil’s Slide, named for nearby limestone chutes “only a devil would ride,” sprung from the desolate canyons of Morgan County in 1904. A cement-company town, it thrived for almost twenty years before dwindling into a ghost town marked by a gravel pit. It was in Devil’s Slide that Phyllis was born 103 years ago. Her father, a devoted school teacher, moved the family from town to town looking for classrooms to teach and those who could pay him.

Phyllis lived her formative years in small towns between Heber, Price, and Ogden. Her maternal grandparents had migrated from Switzerland to Utah as handcart pioneers and settled in Midway, Utah. She spent cherished summers in Midway on her grandparents farm and in Salt Lake, with cousins, where they would wander up into the fruit groves of Salt Lake’s East Bench.

“I have happy memories of walking through the fields east of 1800 East. What we think of as Yalecrest now was all farmland then. I remember the land before they built the church on 1800 E and Herbert; there was nothing but orchards and grass.”

It was in 1933, during the heart of the Great Depression, that Phyllis graduated from Ogden High School. “It was a terrible time,” Phyllis recounts, “There was no welfare, no social security. I went to school and held various jobs, my father taught with little pay. But we were still considered well off. My mother would share food when she could or bring people in for a meal, but it was heartbreaking—the poverty and hunger.”

It took Phyllis two years after graduating from high school to earn enough money to attend the University of Utah. She put herself through college working various jobs including one at the Civil Services where she issued her own social security number. She proudly graduated from Utah State in 1939 with a degree in Home Economics and returned to Salt Lake City after her marriage the same year.

A year later, Phyllis delivered the joy of her life, her daughter Linda. But the happy times would not last: a few weeks before her daughter’s first birthday, Pearl Harbor was bombed and Phyllis would soon send her husband and brothers off to war. Phyllis says of that time, “I was unprepared, we were all unprepared, for the War.”

During World War II, Phyllis moved back to Ogden with her parents and re-entered the workforce. “It was a woman’s world during those years. We were the ones left to build our country.” Phyllis worked as an accountant and teacher at a wartime nursery school working 6 am-7 pm shifts. “The women went to work from dawn to dusk in the factories, in the fields, and we took care of their children. We charged $12/month including breakfast, lunch, snack. We didn’t think about how long or hard we were working; everyone was working like that. We had to pull together to survive.”

The Post-War years brought great socioeconomic changes to the country as well as Phyllis’s personal life. In 1955, Phyllis found herself divorced: a single mother and sole provider for her family. “I learned quickly that you have got to take care of yourself. Don’t depend on others. I was responsible for my daughter and our home; I couldn’t be wishy washy.”

For twenty years Phyllis worked as an administrator in the construction industry. “The company I worked for had the best ironworkers in Salt Lake. I was in charge of submitting bids for all our projects; I loved the competitive spirit of it. I always wanted to win!” By the late 1970s, Phyllis had successfully raised her daughter and was enjoying the financial rewards of her career (and, she points out, meticulous saving). She sold her little home on lower Garfield Ave near State Street and bought a home in the Yalecrest area; a better neighborhood where she could retire, enjoy the comforts of life and welcome Linda’s growing family.

Phyllis’s retirement years have now lasted much longer than she anticipated. She has served in the community, supported the arts in Salt Lake (she was a Utah Opera season ticket holder for 30 years), attended weekly bridge club and most importantly, spent time with her family. She now has three grandchildren, nine great-grandchildren and six great-great grandchildren and is counting down the days til her seventh is born in May. Phyllis also continues to stay in touch with cousins in Midway and in Switzerland. She enjoys attending Swiss Days every year and often presses classic Swiss cookies to share with neighbors and friends.

“Family is so important; we need to keep those connections and correspondence…my favorite memories are meals at my grandparent’s table, my mother’s table, and my daughter’s table. I held Sunday dinner for my family every week for as long as I can remember; now I go to Linda’s or a grandchild’s home every Sunday.”

The world has changed drastically since Phyllis’s auspicious birth in Devil’s Slide over a century ago: the town she was born in is gone; the fields and orchards she wandered are no longer there, nor are the faces of those who wandered with her.

”The hardest part about being 102 is that it’s lonely. I’ve seen everyone around me pass away. But my attitude is positive. I think positive about people, religion, books, food. I like people—all kinds of people. I don’t get discouraged easily…I think our country has a lot of things to worry about today. People ask me about the Depression, and the War, but right now feels as tenuous as it was back then. But we need to stay positive, good things always come in the end.”