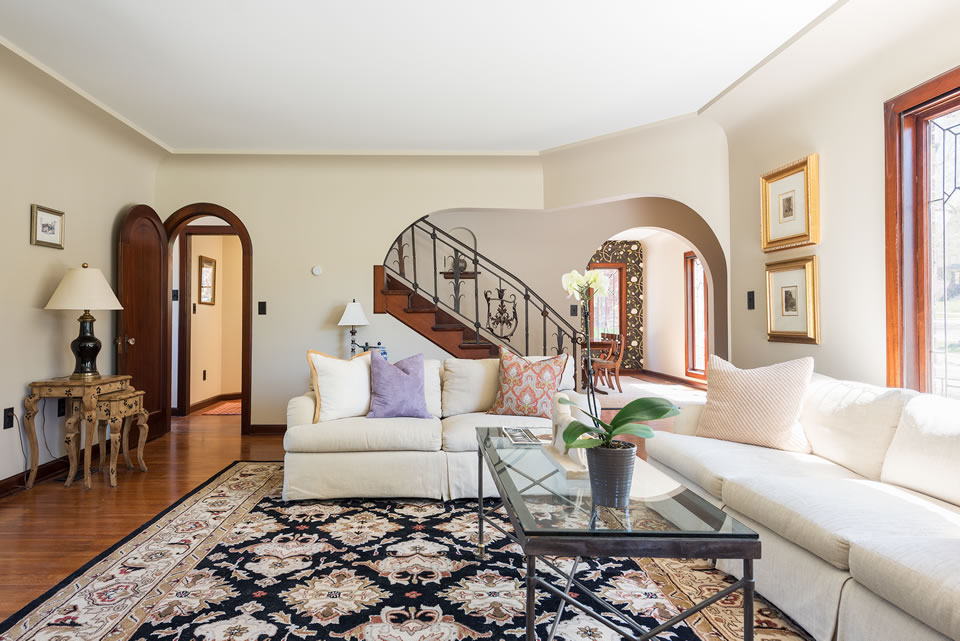 Keri Fowles Williams recalls Mr. Hines through the eyes of her ten year-old self: a slightly curmudgeonly, soft-spoken man living in the grand turreted house next door. It was a rare occasion when she saw Mr. Hines over the years. Only telltale signs reminded her that his home wasn’t vacant: a truck moving in and out of the driveway and the feral gully cats congregating on his back porch to be fed. She understood he kept his living quarters in the basement and hadn’t ventured up to the second story of the home since his parents passed in the 1970s. There were rumors that the home had once been a brilliant center of the social elite: it’s address and owners mentioned on the pages of newspaper archives.

Mr. Hines and Keri’s father, Robert Fowles, had a friendly relationship. It was a rarity if anyone was invited into the house, and when someone was, it was usually Robert. He would squeeze through the back door, between salvaged furniture and boxes stacked against every wall, to talk with Mr. Hines about his home or his health.

As the years passed, the castle of a home stayed unchanged next to the Fowles home. Mr. Hines’s gentle life in the basement ticked along slowly with the years. Everything else around the Fowles family moved quickly: Keri grew up, moved away, had children and a home of her own; her brother, Tim, and her two sisters, Madelyn and Lacey, did the same. Between the years, Robert Fowles and Mr. Hines would sometimes talk about his future. As they did, the seed of an idea emerged. Someday, Robert would buy the home and restore the legacy of the Hines home. The two shook on it.

“I remember the day my dad told me he was buying the house,” Keri recounts, “we had the whole family in town. It was wild: people were literally camped all over the house and yard. In the middle of all this craziness, my dad asked me, ‘Keri, if I buy this house, will you restore it with me. And, will you someday move back and live in it?’ It was something that he and I had talked generally about doing, but it was always a distant idea. Now it was really happening, and I couldn’t say no.”

Keri’s background was perfectly suited for this new Fowles family venture. She has an undergraduate degree in Historic Preservation with a Masters in Public Planning. “The goal in all of this,” Kathryn Fowles, mother of Keri and wife to Robert, explains, “was to show that you could have a perfectly modern, functional home without sacrificing restoration.”

“We really had the dream team: Keri with her background in preservation; Robert, with his love for this home in its dilapidated condition…I, well, I was their cheerleader. Between the two of them, they really had this remarkable vision of what it could be…or what it was and could be again. Even with the awful and horrendous state of the home: the plumbing, the electrical, the leaks, the drafty windows, the torn plaster. They saw it, they had a vision.”

Over the next year, the Fowles team worked with architect Annie Schwemmer at Renovation Design Group to draw up plans for the home. It was imperative to them to leave as much of the home untouched as possible.

“People come into historic homes,” Keri asserts, “And think they have to blow open the back or take down walls for more functionality. That’s not always the case, especially in a home like this. It was preserved by neglect: the floors, the ironwork, the windows, the millwork, the fireplace inserts; the core of the home was beautifully intact. We just needed a few changes to make it convenient for a modern family.”

“The success of the home’s restoration,” Keri shares, “is in large part due to the extensive time we spent in planning. There wasn’t a detail that was missed in this phase; every inch of the home was thought through.”

It took the Fowleses a while to find the right contractor for their restoration project. They chose Capitol Hill Construction because of their craftsmen: in-house tradespeople who seemed to value the authenticity of the project. Between Renovation Design Group and Capitol HIll Construction, there was a healthy system of checks and balances as they encountered and solved problems: problems that included a leaky roof, adding all new electrical and plumbing behind fragile lath and plaster walls that then needed to be painstakingly repaired, and many other small inconveniences that consistently arise in a historical project.

Keri explains, “In preservation projects, you just can’t plan for everything. But there are always serendipitous discoveries and you find little secret things along the way that make up for all the setbacks.”

“One of my favorite parts of the construction,” Kathryn shares with a smile, “Was our window workshop. And it would move room to room. Capitol Hill restored 40 windows, two of which we found in the garage when we were cleaning it out…Most people think the old leaded windows aren’t energy efficient. But once you tighten up the lead (or the zinc, really) around the pane, you prevent the cold from coming in. We tightened up and sealed every one of those 40 windows. And they are some of the most unique windows you will see in all of the Harvard Yale area; there really aren’t any others like them.”

Keri’s main design concern was maintaining the integrity of the home’s historic materials. She flew in once a month from her home in Seattle for on-site visits. She was on the phone FaceTiming daily with the work crew. She spent almost an entire day matching the green of the kitchen cabinets to the original built-in armoire in the kitchen nook (Greenwich Green by Benjamin Moore was the winner). She wouldn’t budge on replacing the pedestal sink or the toilet in the upstairs bathroom: everything in the upstairs guest bath, from tile to faucets, is original. For the new master bath, she intentionally added modern design elements using historical materials.

“The biggest design coup was the wallpaper in the dining room. It took my dad and I a year and a half and thousands of swatches to agree on one. And it’s one of my favorite things about the house…that, and the green and white Marmoleum in the mudroom and basement, and the art deco tile pattern on the kitchen backsplash:”

“But it wasn’t just me who was making these decisions. It was a group effort. My mom had the brilliant idea to add a mudroom, my brother Tim had the funny idea to turn the linen closet into a hidden door with access into a secret reading room. It’s now everyone’s favorite room in the house.”

A HOME TO MANY HEARTS

Today, Kathryn’s dear friend DeAnn Sadleir lives in the Hines home. Robert Fowles took advantage of Utah and Federal Historic Preservation Tax Credits. As a lessor complying with historic guidelines, they will receive a 40% tax credit for their home’s restoration over the next five years as long as they continue to rent it.

“DeAnn is the perfect tenant,” Kathryn raves, “her furnishings, her style, everything in here looks like it was meant to be in the house.”

“And I just keep pinching myself that I get to wake up in this gorgeous home every day—it’s like living in a piece of art,” DeAnn adds.

“When our family comes to visit, no one wants to stay in our house.” Kathryn laughs good-naturedly, “I’ll find my children over here talking in the living room or find the grandkids up in the hidden room playing. I tease Robert that he takes better care of this house than our own house. Last week, he put candles in all of the windows for Christmas…He—really all of us—are drawn to the beauty of this home, and take pride in what we have built together.”

“I like to think,” Keri muses, “About Mr Hines, the gentle old man that I knew: when he was a little boy, moving into that grand home with his mom and his dad and his brother. He would have been ten. And [I like to think] that the home is now exactly how he would remember it.”

TIPS FOR RESTORING A HOME IN THE YALECREST NEIGHBORHOOD